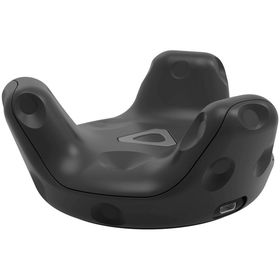 VIVE Tracker brings any real-world object into your virtual world! Add it to specially-designed accessories to play your favorite games. Attach it to a camera and put yourself in your own mixed reality videos. The possibilities are endless!

TRACK WHATEVER YOU WANT EASILY

The VIVE Tracker creates a wireless and seamless connection between your attached tools and the VIVE system. You can also attach a DSLR camera to the VIVE Tracker to make mixed reality videos and expand the fun.

With the new VIVE Tracker, you are now free to develop VR games and experiences that were never possible before. With a compact, highly flexible, easy to attach tracker, you’ll be able to design a pair of gloves to play musical instruments or rock climb. Or a ping pong paddle for more convenience and a more complete experience.*

BRING YOUR DSLR IN TO VR

Make your own mixed reality videos with your own camera! Simply attach your DSLR to VIVE Tracker and you now become the center of your virtual world. All of your friends and family can watch and be part of the action as well. You can even record yourself to improve your gaming performance.

What exactly is the Vive Tracker?

The Vive Tracker is one of the latest accessories for the HTC Vive, with the goal of bringing real objects into the virtual world. This simple disc-shaped device is designed to easily attach to physical accessories, mapping their movement as an input for VR experiences.

How does the Vive Tracker work?

Based on the same technology as the HTC Vive and its controllers, the Vive Tracker calculates its position in a room based on infrared signals emitted from the base stations. Where these signals fall is tracked via an array of sensors on the device and converted into an equivalent in-game position.

Controller inputs can also be transmitted by Vive Tracker, with every HTC Vive controller input being mappable to any compatible accessories. From simple button presses, trackpad movements or even rumble commands, each of these can be sent and received by the Tracker, to be translated for use on the accessory in question. This allows Vive Tracker accessories to be a viable replacement for the HTC Vive controller, provided the game has support baked in for the accessory. Accessories will also have to consider for the Vive Tracker's 270-degree field of view, to avoid blocking incoming signals.

What experiences can you expect from the Vive Tracker?

The big goal here is to make you feel more immersed in VR, so Trackers will be used in one of two ways:

Extensions: The Tracker connects to the tool you are holding in your hand, be it a gun or a sword or some other thing you want to feel real in your hand.

More tracking: The Tracker is connected to your body so the app or game has more data from where the parts of your body are. This can also be used as a way to replace the controllers entirely, allowing you to move around more freely.

LED Indicator: Like on the HTC Vive controllers, the LED indicator is used to show the current status of the device. This indicates which of the various states the device is in, such as charging, low on battery or in the pairing process.

Power Button: Hidden within the Vive logo on top of the device, the power button is used for turning the device on and off, while also sending it into pairing mode.

Sensors: Like on the existing HTC Vive headset and controllers, these sensors are used to receive signals emitted from the base stations.

Mounting: As indicated by the diagram, the Vive Tracker mounts to accessories via a standard 1/4 inch camera mount (like seen on camera tripods and the existing HTC Vive base stations). This is stabilized by a pin, to prevent the device from unscrewing when mounted to an accessory. To relay controller input information, the device must connect via the Pogo pins located next to the mount.

Micro-USB: Like the HTC Vive controllers, a Micro-USB port can also be found on the device for charging.

*Always ensure play area is entirely clear of all objects, obstacles and other individuals when using VIVE Tracker on any object intended to be moved while wearing the VIVE headset.