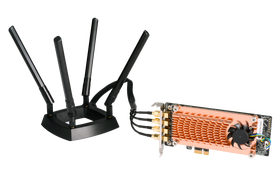 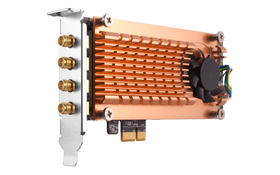 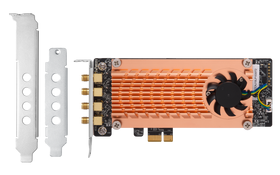 A tailor-made private wireless network that meets your needs

The QWA-AC2600 is compatible with most PCIe-enabled QNAP NAS*. When used with the WirelessAP Station app** your NAS will evolve into a high-performance wireless access point that can be connected to from multiple devices. The QWA-AC2600 can also be used to extend your wireless network coverage. Combined with useful features (including DHCP and NAT) provided by the Network and Virtual Switch app, the QWA-AC2600 can be used for a variety of applications, delivering private, fast, low-latency and secure connectivity across your home and/or workplace.